3 Whinchats on the hill

Nice to see the migrants coming back to the Hill,  I don't know whether I will be saying the same for the top Paddock,  I just hope they took in what we said. 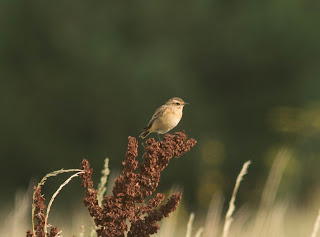 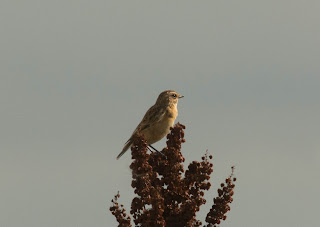 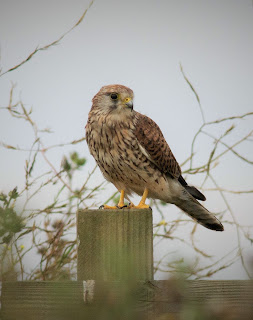 Clouded Yellows are on the wing

Clouded Yellows are on the wing around the Ingrebourne Valley. 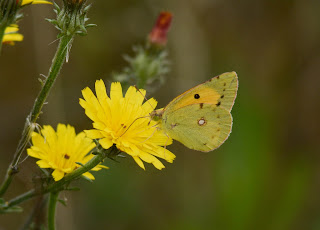 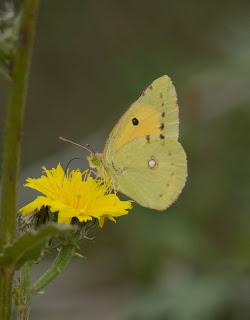 2nd Osprey in a week.

We arrived at Abberton Reservoir at the Layer Breton Causeway at 8.30am to be told that the Osprey had last been seen at 6.30am,   we then waited until 12.45pm before it made another appearance,  but what a show it gave us,  weather wasn't too good but who cared.  This beautiful bird made 4 dives into the water without success and eventually made its way towards the main causeway where it was seen by others,  then at 2.10pm it gave another show at the Layer Breton end with a successful dive and flew off into the trees with a good sized Rudd.   During our wait we had a Bittern in flight probably the first returnee.  Other birds of note were a Black-Necked Grebe and a few Yellow Wagtails,  we spent the whole day but a good day in the Layer Breton Causeway. 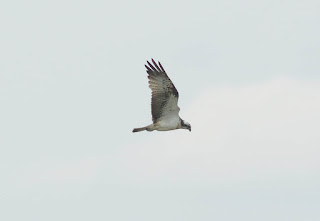 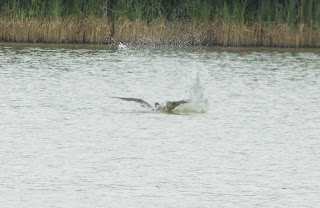 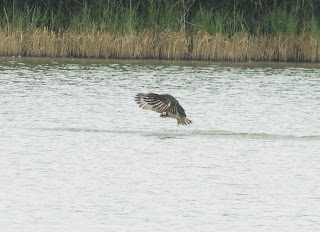 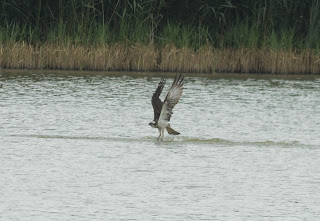 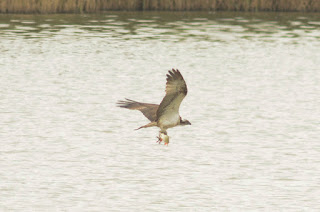 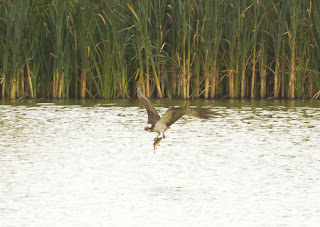 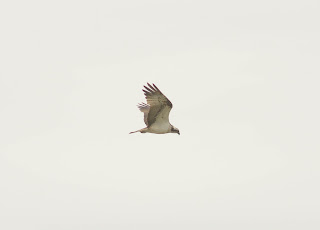 The water on the Scrape being at the right level is starting to produce birds.   There are up to 14 Green Sandpipers,   3 Black-Tailed Godwits have arrived,  there are at least 5 Snipe,  and 2 Common Terns alighted on the mud with the Lapwings this afternoon,  promising. 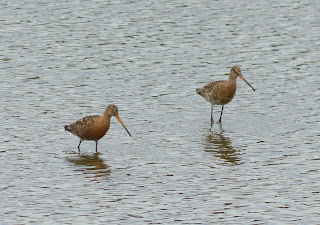 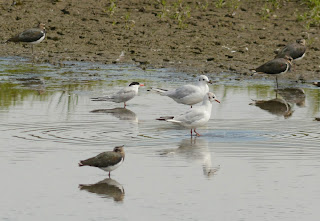 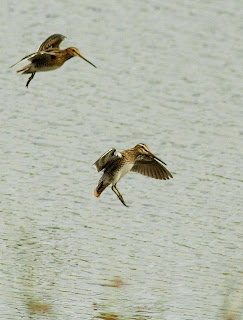 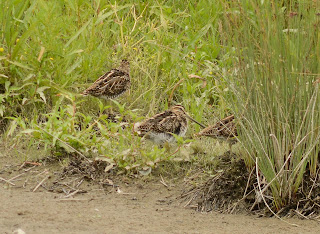 Bumper day at the Oare Marshes

Russ and I didn't get to the Oare Marshes until 1 o'clock because of the light there,   but what surprises we had waiting for us.    We parked up at the end and walked back down the road where a number of guys were already established looking out over the East flood,  no sooner had we arrived when we heard the sound of Lapwings going up behind us on the West Flood,  but we couldn't see what had disturbed them,  then as I turned around again to have another look there was this big raptor flapping around them, I looked through my Bins,  AAhh;  OSPREY! couldn't contain myself,  brilliant views,  it gradually went off south.   Other big surprises were,  we counted 38 adult Curlew Sandpipers,  64 Greenshanks,  20 Whimbrel,  2 Little Stints,  then later someone saw 200 Little Terns coming down the Swale then separate with 51 landing on the East flood in front of us,  Brilliant!     Other species;  Yellow Wagtails,  millions of BTGs,  Avocets, Knots, Spotted Redshank, Green Sanpiper, Common Sandpiper, Common Terns,   The Curlew Sandpipers,  Greenshanks and Little Terns were exceptional numbers and will be recorded so. 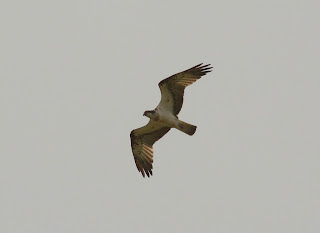 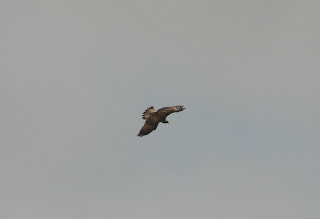 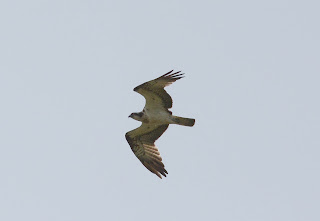 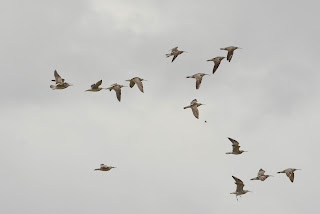 Some of the Whimbrel 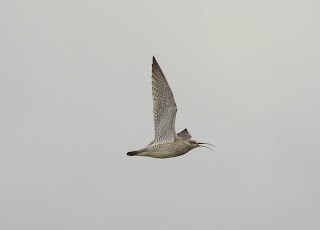 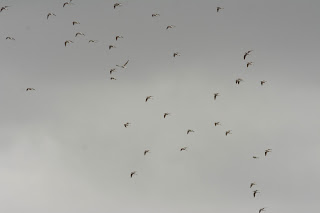 some of the Greenshanks 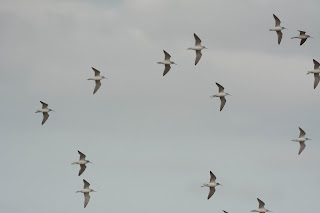 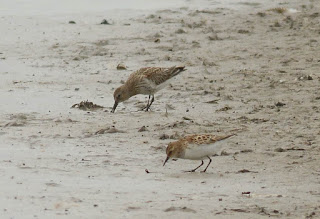 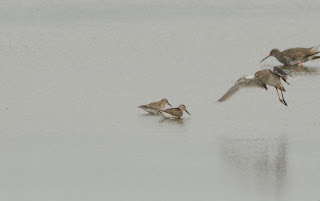