Pick up for the coach at 7.45am,  bus stop at A12 gubbins Lane junction,  plenty of parking space nearby.   £17 for the trip with the Havering local RSPB group;  cheap at the price.  Don't have to worry about driving,  so we just sit back and relax.    We stopped at the power station first where the Observatory guy gave us the lowdown on what was about,  so for an hour some went off to see the Glaucous Gull while others went to the shingle mound to watch for seabirds.   Plenty of Razorbills,  Guillimots,  Divers and Gulls to see.   After that we were back on the coach and drove back round to the RSPB entrance where some of the guys alighted to start from ARC pits and the rest of us carried on to the visiter centre.   Straight away opposite the centre  were the 2 Long-Eared Owls with one sitting out all day long giving good views.   From then on we saw up to 4 Great White Egrets,  Marsh Harriers,  Hen Harrier,  Buzzard, Slav Grebe, half a dozen Red Head Smews,  1 m 2 f Goosanders, at least 2 Dartford Warblers and plenty more.  At great day out in the company of Russ,  Ron Colson, Steve and Steve,  Mike Hughes and George,  Malcom,  Rita and all the others.  Arrived home 6.30pm. 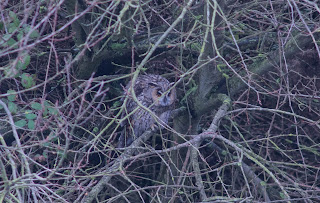 No one could do anything about the twigs 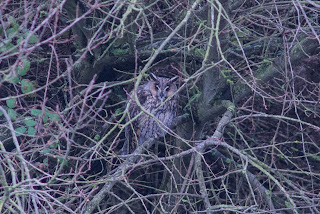 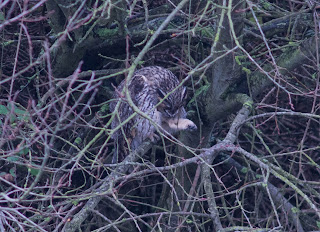 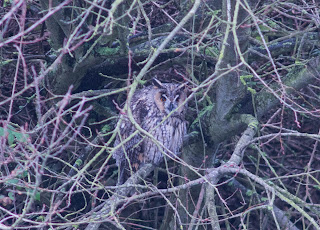 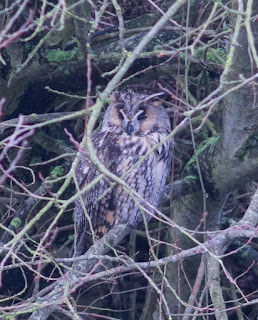 Now that Son David has established himself on Skye he is now going on bird surveys with a neighbour who has been doing them for some time,  he seems to be enjoying himself   learning where different species hang out,  can't wait to get there.     Photo's by David McGough Junior.     (Skye Birds). 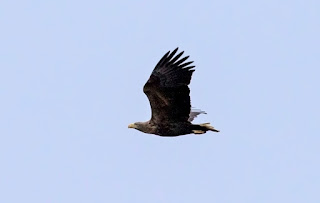 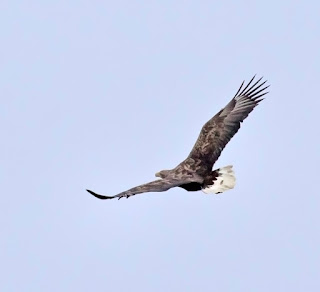 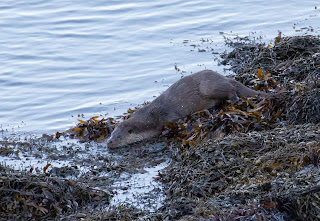 Combined  number of birds recorded was 67 ,  this is without a number of birds missing that were seen up to the day before,  such as 2 Pintail, 2 Shelduck and the Owls,  thats birding.