There aren't many birds around the world that I would see before JL,  you would think I should have done,  after all I am slightly older.     The Piping Plover was disappearing in the US until they started a conservation program and closed the beaches and dunes during the breeding season and is now doing quite well along the east coast of America.   The Parker River National Wildlife refuge (Plum Island) is a fabulous reserve about 50 miles north of Boston at Newburyport,  everything breeds or migrates through here.   Ospreys,  Snapping Turtles, Bald Eagles,  this is where I saw my first Piping Plover some years ago, they are like an anaemic Ring Plover and are mainly seen at the end of the Spit about 8 miles from the start of the reserve,  luckily you can drive along the reserve and stop at different habitats along the way. 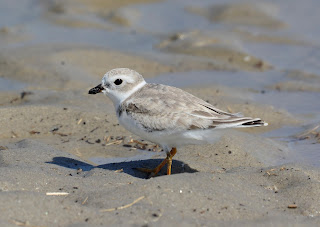 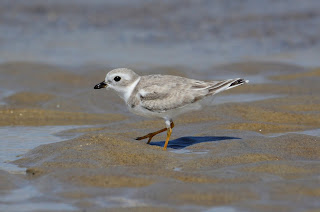